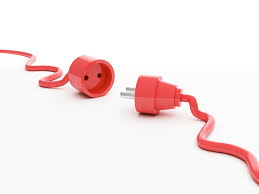 A few lines was all it took.

It was a “random” preview of an upcoming book written by a young man with a passionate hunger for the presence of God. I don’t know what the book is about as a whole. And I have no idea of its merit as a whole (although I suspect there is much richness inside). What I do know is this …

After just a few lines of raw, honest emotion about his own imperfect pursuit of a perfect God …

I was a mess, because instantly I saw the disconnect in my own supposedly wholehearted pursuit of God.

And sometimes the truth is painful.

Though I love him more than ever~
Sometimes my devotion is pathetically weak and fickle
Though I’ve had times of lingering his presence that I never wanted to end~
Sometimes I don’t give him the time of day
Though he’s invited me into deeper depths and higher heights of his love~
Sometimes I’m shocked by how ridiculously shallow my own love can be
Though I’ve come to know him in new and wonderful ways~
Sometimes I realize I scarcely know him at all
Though I’ve grown secure and strong in my identity in him~
Sometimes I still don’t look, love, or act much like him …
At all.

Instead, I’m going to “press on to lay hold of that for which Christ Jesus laid hold of me.”

Yes, Jesus loves me just the way I am. There is no condemnation–not now, not ever. All of that was dealt with on Calvary. But this isn’t about feeling “unworthy” or condemned …

This is about being provoked.

Sadly, the faith and devotion of a great many self-professed Christians in the western world is only about an inch or two deep. So if, by chance, you happen to have developed faith that is perhaps an inch or so deeper, you can seem downright radical in comparison. It all depends on where you set the bar.

They were (and forever will be) one.

And I have a long way to go.

Honestly, it wasn’t just a snippet from a book that pierced my heart–the Holy Spirit has been provoking me (quite regularly, I might add!). And I’ve been listening. I’ve been taking inventory. I’ve been examining my heart. I’ve been sensing a shift and a stirring–along with a growing certainty that he is about to take me up on some of the prayers I’ve prayed for a long, long time.

For me, the past several years have been quiet–an extended time of transition, restoration, and desperately needed rest. I know that time is finally over. I can’t tell you why I know–I just know. The season has changed.

That means I need to eliminate more of the inconsistencies between what I say I believe and what my life actually demonstrates I believe. I need to close the disconnect.

Again, to be clear, there is no disconnect in my access to his presence–or his heart. That gap was bridged–forever–at the cross. My relationship with him is not at issue.

Think of the lives that will be touched — healed –freed — restored — when I — when you — when we — move in true harmony with his Spirit.

And the ones that won’t be touched … if we don’t.

But even more than being like him–I want to be one with him. Because when you’re one …

8 thoughts on “The Disconnect”