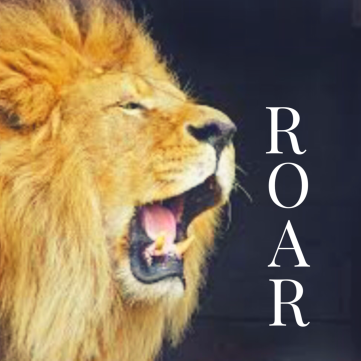 You are the LION of the tribe of Judah

You are the One who ROARS

You roar in the face of my foes

You roar over my feeble fears–and release power, courage, and hope

You roar to set me free

Your roar clears the way before me

And is my rear guard

Your roar secures my future

And holds me firmly within the grip of grace

You roar over every obstacle

And over every doubt and distraction

You roar over every insecurity, failure, and fear

Your roar surrounds me with Your presence and Your power

You are the LION of the tribe of Judah

Today, I hear You ROAR

-C.S. Lewis (from The Lion, the Witch, and the Wardrobe)