“This isn’t your tomb, it’s your cocoon.” 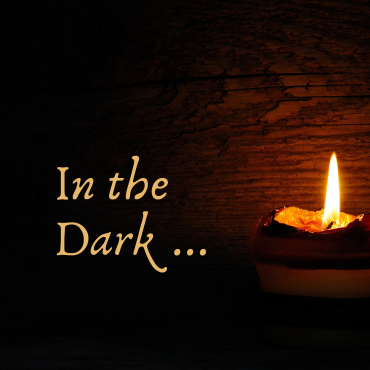 I’m not sure where I first read this quote, but when I saw it again recently, it hit my heart immediately. Here’s to hoping it is true.

Things have been weird for a very long time. The pandemic and our corporate lockdown didn’t start any of it—at least not for me—it  just added some new twists and complexities.

It has been interesting to watch the different reactions of people during this time. I read something recently that put it into perspective by saying that while we are all in the same storm, we most definitely are NOT in the same boat. Some are having the time of their lives, just cruising along and taking advantage of the rest. Others have been violently tossed on the waves and are barely surviving. Depending on your individual circumstances, both extremes—along with every variation in between—could be a valid and appropriate response.

As for me, I have trouble picturing myself in a boat at all. I feel more like I was tossed out into the deep ages ago and have been floating along in dark murky waters in a tiny little life preserver. The current drama didn’t  make anything significantly worse—it just added a few new waves  to navigate.  When things are already utterly impossible, a few extra layers of impossibility aren’t likely to change the outcome. He is either a God who does the impossible or He is not. There may be a limit on toilet paper, but as far as I know, there is still no limit on miracles!

In the meantime, I continue to float along in the dark. Even though it often seems like the other “boats” are moving on without me, there are advantages to being so familiar with uncertainty. Because I’ve learned to hold onto His hand in the dark, I rarely fear what is, or isn’t, ahead. For the longest time, the ONLY thing I’ve had any real control over is choosing to stay connected His heart. It is the one thing I consistently get right. I know Jesus is always near, period. That fact is the central certainty of my life.

But He’s not just near, He is working … even when I don’t see it. Maybe especially then. On a particularly dark night a few months back, the Lord woke me up and began to speak to me about what He was doing “in the dark.”  I wrote down these words: 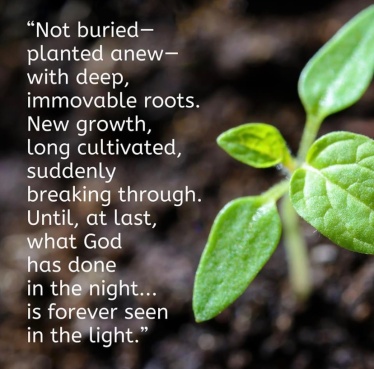 In the dark … fear is silenced by learning to abide. Feelings may be muted but spiritual senses are heightened; moving with the Spirit rather than being moved by emotion.

In the dark … progress may seem slow but true progress is measured in depth not distance. What daytime discipline could never accomplish, nighttime trust apprehends.

In the dark … under the quiet cover of night, kept from the enemy’s sights and snares, God prepares His most lethal weapons. Hell’s banishment becomes heaven’s promotion. Not buried, but planted anew with deep immovable roots. New growth, long cultivated, suddenly breaking through. Until, at last, what God has done in the night …

Is forever seen in the light.

So is this dark place a tomb, or is it a cocoon? Is it a place of burial, or a place of being deeply rooted and grounded? Could it actually be a bit of both?  Only time will tell. But there is one thing history has proven true over and over again:

God does a lot of His best work in the dark.

So when it’s been especially dark, for an especially long time, does that mean God is doing His VERY best work?

Here’s to hoping it is true.